Get paid every time you refer someone to Discovery Japan Affiliate !

By continuting you agree to our
Already an Affiliate ? Login ->

You introduce Discovery Japan Affiliate Program on your Blog or Social media.

2. Get your affiliate link.

Use your affiliate ID and choose one of our banners. Display the link or banner on your site however you like.

You earn actual YEN for every new affiliater you refer to us. We provide real-time reporting on your earnings and regular payouts. 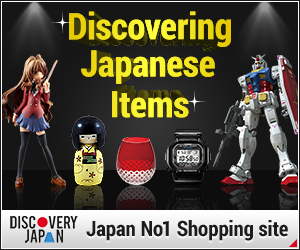 This is an example banner.

Selling made-in-Japan products in your country

The "seams of the Parthenon pillars" got the most votes. The Parthenon, an ancient Greek architectural masterpiece that has been certified as a World Heritage Site, was repaired on a large scale in the 19th century. Kobe Steel's titanium building material was first used in 1979 as a corrosion-resistant reinforcement. Second place went to Kono Works, a specialized manufacturer of medical devices that made "0.03mm surgical needle thread, the world's smallest diameter needle thread." Thanks to this needle thread, even blood vessels of 0.1mm diameter can now be sutured, which had been impossible previously. The Ministry of Economy, Trade and Industry also awarded it the Japan Manufacturing Prize, which gave this Japanese product an official national endorsement. Next, in third place, was SDC Tanaka's "screws that connect the 'Hope' to the International Space Station." These screws that connected the "Hope" Japanese Experiment Module to the International Space Station in 2008 were apparently made by SDC Tanaka when the company had only 22 employees.

Many more products made in Japan are loved the world over; for example, Rolex and Bulgari watch faces, the iPod mirror surface, and others.

We are partnering with around 700 Japanese small and medium-sized companies, and we operate websites for international sales of Japanese products.

Each site independently handles its international sales, and our platform does not follow eBay's model of country-by-country aggregation. Therefore, each of our 700 partner companies promotes their own websites, and they have been struggling to expand their ecommerce sales channels. So, now that you have seen this page, if you are interested in Japanese products, and if you think you want to set up a site that sells Japanese products in your own country, we can accept you as a partner in the business.